The Symbolism of the Ankh: The Egyptian Cross

The ancestor of the Christian cross, the Ankh, or ansée cross, is the cross of life of the Egyptians. It corresponds to the hieroglyph, which means “life.” It is often represented in the hand of the gods or pharaohs as a protective talisman.

The Ankh consists of a T-shaped cross (tau) surmounted by an oval: 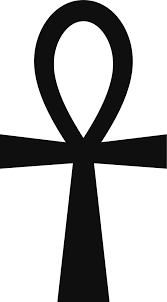 The Ankh is sometimes called the Nile Cross, Key of Life, or Ring of Life. Its shape is reminiscent of other known symbols: the feminine ♀, the planet Venus, the sign of Pallas (asteroid and Roman goddess), the fertility doll (West Africa), or the handle cross of Coptic Christians ( directly derived from the Ankh).

The Ankh is omnipresent in Egyptian art: the gods are often represented holding the Ankh in their hands, like a promise of immortality. Some tomb representations show a god placing the Ankh at the entrance to a pharaoh’s mouth to ensure his eternal life.

Isis is the goddess most associated with the Ankh. She transmits this attribute to the pharaohs, who receive it as the highest sign of divinity. When they die, the pharaohs take their place in the solar boat to navigate the beyond: they will have to go through various nocturnal trials before reaching eternal life. Thanks to the Ankh, they will emerge victoriously.

On the symbolic level, we will see that the Ankh can also be seen as the union of opposites.

Let us enter into the symbolism of the Egyptian Ankh and try to approach its esoteric meaning.

Also, please read our article: The different types of crosses and their meaning.

The symbolism of the Ankh or “Egyptian cross of life.”

As we have seen, the Ankh evokes life after death: eternal life. As such, You should compare it with the Christian cross, support for the death and resurrection of Christ.

The Ankh represents the vital force: it sheds light on the mystery of life and its origin.

The life in question is below and above all life beyond: the eternal soul, the invisible breath that protects the divinities and the pharaohs from nothingness.

The Ankh helps the late king cross the world of the dead to reach the primordial Ocean: the Nun. He follows in the footsteps of the sun god Re, who dies and is reborn every day. At night, Re leads a fight against the forces of chaos, darkness, and evil, from which he always emerges victorious thanks to the Ankh he holds in his hand.

Thus, the oval of the Ankh can make one think:

Thus, the Ankh evokes the source, the egg of the world or the Ouroboros (the snake that bites its tail): elements also found in the symbolism of the number 0 or that of the circle.

The circle has no beginning or end: it represents the whole, eternity, the divine mystery.

The Ankh and the key

The symbolism of the Ankh evokes the key, which allows opening the world of the beyond. You can see the image of the rod that goes into the lock.

The lock is the oval, representing the door of mystery, the entry point into eternal life. The key is geometric, material. Therefore, to move from one world to another, it will be necessary to “spiritualize” the material.

This is reminiscent of the alchemical symbolism of the seven keys, the seven spheres, or the seven planets which allow the body to rise.

Note: In alchemy, ♀ corresponds to Venus, one of the seven planets to cross. In alchemy again, the cross surmounted by the circle can evoke the tetrad of the elements (the cross) dominated by chaos (the circle, or Ouroboros).

The union of the masculine and the feminine

The lower part of the Ankh (the stem) can evoke a male sex ready to unite with the oval of the female sex.

This union evokes that of Isis and Osiris, founding gods of Egyptian mythology. After being killed by his brother Seth, the remains of Osiris are scattered. Isis then undertakes to recompose the body of her husband. Osiris comes to life and mates with Isis to give birth to Horus, who later defeats Seth. The union of Isis and Osiris will thus make it possible to save humanity.

The Ankh is, therefore, the sign of fertility, of the victory of life over death.

The symbolism of the Ankh: the standing man

The Ankh can represent the standing man by shape: the oval would be his head, the cross would be his body and his arms. Thus, the Ankh would be an image of the human microcosm.

Also, please read our article on the symbolism of the human body.

The union of opposites

Let us now turn to a significant point in the symbolism of the Ankh.

The Ankh is a symbol that joins two elements (the oval and the tau ) as two opposing and complementary principles:

Therefore, the Ankh evokes the reconciliation of opposites, the meeting point, the center, the energy balance, and the world’s harmony through that. Which is reminiscent of another symbol: the Taoist taijitu (yin and yang).

On the level of the individual, the union of the masculine and the feminine evokes the new being or even the Androgyne.

The eye and the mirror

The oval of the Ankh can still evoke the eye of universal consciousness (the third eye) or the pure vision of the awakened being.

It is clairvoyance: the quality of one who is no longer afraid of death or evil. It is the eye that sees the invisible, like the eye of Horus (son of Isis and Osiris).

On the other hand, particular Egyptian objects in the shape of Ankh sometimes included a mirror at the oval level. The symbolism of the mirror is very evocative: it is the knowledge of oneself that makes it possible to overcome death and evil.

The symbolism of the Ankh: the tree of life

The Ankh can also make one think of the tree of life or the axis of the world. The tree of life translates both rootings in the matter and rising towards the heavens: detachment is necessary to reach the beyond.

This detachment can also evoke the unwinding of the knot of Isis, a hieroglyph close to the Ankh, which represents the goddess Isis in the form of a belt knot. Determination and detachment translate a necessary letting go to access eternal life …

Read also our article: The cross: meaning of this Christian and universal symbol.

The uses of the Ankh symbol in jewelry 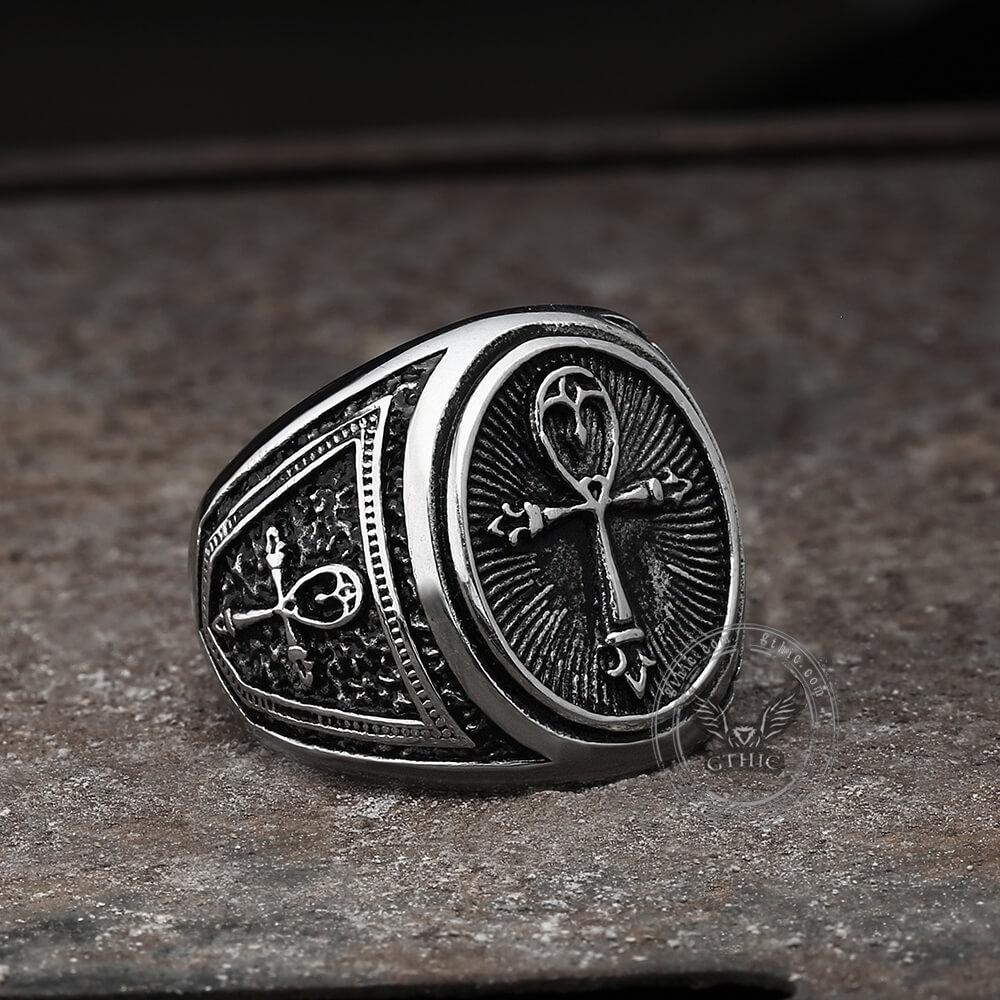 Ankh symbols were used for jewelry in Ancient Egypt. Ancient Egyptians usually made the emblem out of gold, silver, copper, or a combination of the three metals. It could be a necklace, a bracelet, or a brooch to make a person’s clothing look more beautiful and delicate.

You can find replicas of ankh symbols on Egyptian rings, ornaments, and pendants, too. You can also find them on bracelets that claim to have healing powers.

An ankh symbol is a potent tool for creating a unique look, making it an excellent choice for jewelry making. The cross with a loop at the top is constantly gaining popularity among young people because of its Egyptian origin and its beautiful design.