Gothic jewelry is a style of fashion and design which originated in the late eighteenth century. It was originally based on medieval styles, but it has since diversified into more modern expressions.

One of the most recognized features of gothic jewelry is its use of skull imagery, such as crosses with crucifixes at their ends. Other common motifs are flowers like roses, scythes or angels wings. We offer a wide variety of gothic men’s rings for you to choose from! 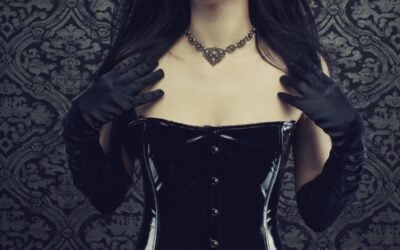 An Overview of Gothic Necklaces

The Goth movement adherents usually dress in black attire, have dark hair, dark nails, and dark makeup. People will always conjure images of gloom while discussing Gothic clothing. We can all acknowledge that we all have a darker side. People may express their dark...

END_OF_DOCUMENT_TOKEN_TO_BE_REPLACED 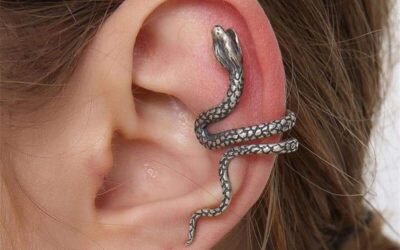 People nowadays often use snakes as a symbolic representation of their individuality. It's become a part of people's everyday style and can be found in a wide variety of places. There is a wide variety of snake-themed accessories and items available. The snake pattern...

END_OF_DOCUMENT_TOKEN_TO_BE_REPLACED The MF DOOM MASK ring is one of our best-selling jewelry items. Read on if you're interested in learning more about MF Doom Mask. The emergence of Daniel Dumile (whose name is pronounced "doom ee-lay") coincided with the rise to prominence of hip hop. People used to...

The Dark and Dramatic Beauty of Gothic Jewelry

Gothic jewelry is an elegant and dark form of jewelry that has been popular for centuries, with the first examples dating back to the 12th century. Gothic history stretches to Ancient Rome. The style was initially called “goth” because it was considered barbaric (and therefore uncivilized) by neighboring cultures at the time. It only fits then that this powerful form of art should have a mysterious name. This type of jewelry is often associated with death, darkness, mystery, and romance- so if you’re looking for something different than your typical delicate piece or diamond studs, gothic might be just what you need! 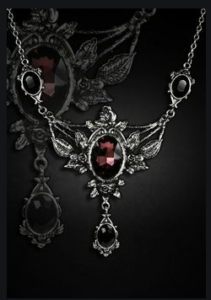 Gothic art may take many forms. The style is most commonly seen in architecture, furniture, and jewelry. Gothic art has a very dark and dramatic feel- think of the pointed arches, spires that stretch to the sky with intricately carved faces at their apexes, and gothic cathedrals covered in complex patterns.

Gothic architecture was typical in the middle ages. Gothic arches are known as ogives, and they usually have semicircular or pointed tops (known as “arrises”). This type of arch is much stronger than a rounded one- which was necessary when building materials weren’t always reliable. These tall buildings had big open spaces inside, with stained glass windows that let beams of colored light into the dark churches and cathedrals.

The late medieval era lasted from the thirteenth to fifteenth centuries and was a time of extreme religious fervor. Gothic art often incorporated Christian symbolism- which is why so many dark objects have been dubbed “gothic.” The pointed arches symbolize spiritual growth (which you can compare with the rounded arch that represents God’s grace). 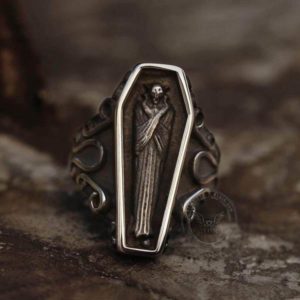 Gothic jewelry, such as neckties or collars with nails,  earrings with screws, are mainly worn as accessories or jewelry. Some of them have unique features that can increase their wearer’s charm and beauty. Common elements of gothic jewelry include:

Gothic jewelry often features bats as their central theme. Many people in the Middle Ages believed that black bats could help them predict future events, such as death or bad luck.

Feathers are another common element in Gothic jewelry. Feathers were a symbol of the apostles, who angels carried into Heaven after death. The feathers themselves could stand for their souls or prayers ascending straight up to God. Read more about the meaning of feathers in jewelry.

Many gothic pieces have demonic faces engraved on them to symbolize evil and darkness. Like bats, demons have often been associated with death and darkness.

Gothic roses are usually black or dark red. They symbolize sadness because of their fragrance that is said to remind people of the smell at funerals. 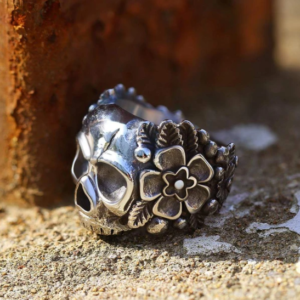 Gothic jewelry often features skulls, which are symbols of death. The skull is a common motif in many forms of gothic art because it represents the transience and vanity of life on earth.

Skeletons can be seen throughout Gothic history as a symbol of mortality and humanity’s connection to nature (because we are all made from the earth).

Gothic crosses might be a bit different than the ones you see on church altars. They usually have sharp edges, while traditional Christian crosses are rounded. Gothic art often uses elements to create tension or drama (like sharp objects against soft, rounded surfaces).

A common motif that is often seen in gothic art. Gothic flames are usually black or dark red to symbolize evil. Flaming hearts can represent love while flaming swords are a sign of justice. Some people also believe that burning candles were initially used as a way to ward off evil spirits.

In the Middle Ages, spiders were thought to be a bad omen because they spun their enclosed world (like death). Gothic art often features spiderwebs as part of its dark motifs.

The ankh cross is another famous gothic symbol because it represents life and connection to the earth. Read more about the symbolism of the Ankh cross.

The following metals are generally used when making Gothic ornaments: silver, gold, and platinum. Such a love for the white color is probably because it emphasizes dark stones more profitable than other metals used in Gothic design. In conjunction with precious metal, jewelers often use onyx gemstone and some other gems and crystals to add brightness to embellishment, besides onyx, often seen in the Gothic jewelry rubies and emeralds. Just as they were in medieval times, both stones are used to make pieces more luxurious appearance.

Gothic jewelry is indeed mysterious and dark, but darkness is not iniquity. It can also be simple and elegant, like a complacent black swan. It is not only a skull and a snakehead. It also has many strange but unbelievable beauty collisions. Gothic jewelry is not limited to black, it also has green, red, and different colors. Do you like dark jewelry? Gothic is a beautiful choice!