Berserker: The Legend of the Unstoppable Viking Warrior 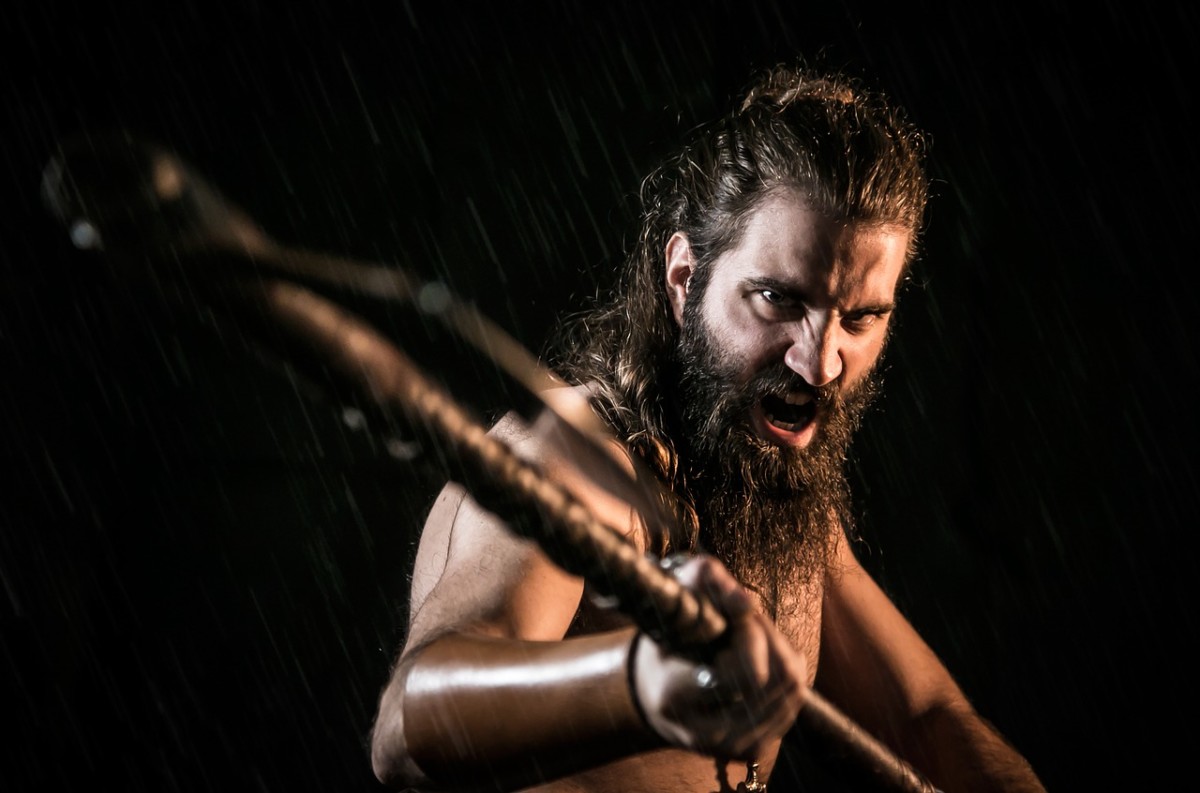 What are Viking berserkers?

In Norse mythology, berserkers are equated with the god Odin. They are not only warriors but also priests of the Norse gods. Symbols of uncontrollable rage and thirst for blood, the berserkers were thus fierce Viking warriors who would have fought in a state of trance.

At the start of the Viking Age, around 800 AD, there were few military institutions in Scandinavia. Some have developed as society has organized itself under the rule of a single king. The very first known institution was a brotherhood of warriors acting on behalf of a common master. This group developed, gradually taking power, constituting itself as an elite of nobles in the Middle Ages. At the same time, there was a brotherhood of warriors that did not find its place in any existing set. In art and folklore, these men survived in the universe of sagas, becoming true demons associated with war and evil. Behind the myth and the remaining drafts of the history of the Vikings, the sources revealed the existence of men who prospered on the border between life and death, feeding on war and distinguished by their absolute fury in battle. The Berserker is thus situated at the limit between the imaginary and the reality, to such an extent that it is difficult to think today that such people never existed. Their destructive power was unquestionable. In reality, the berserkers were a particularly skilled and dangerous group of warriors associated with the god Odin. 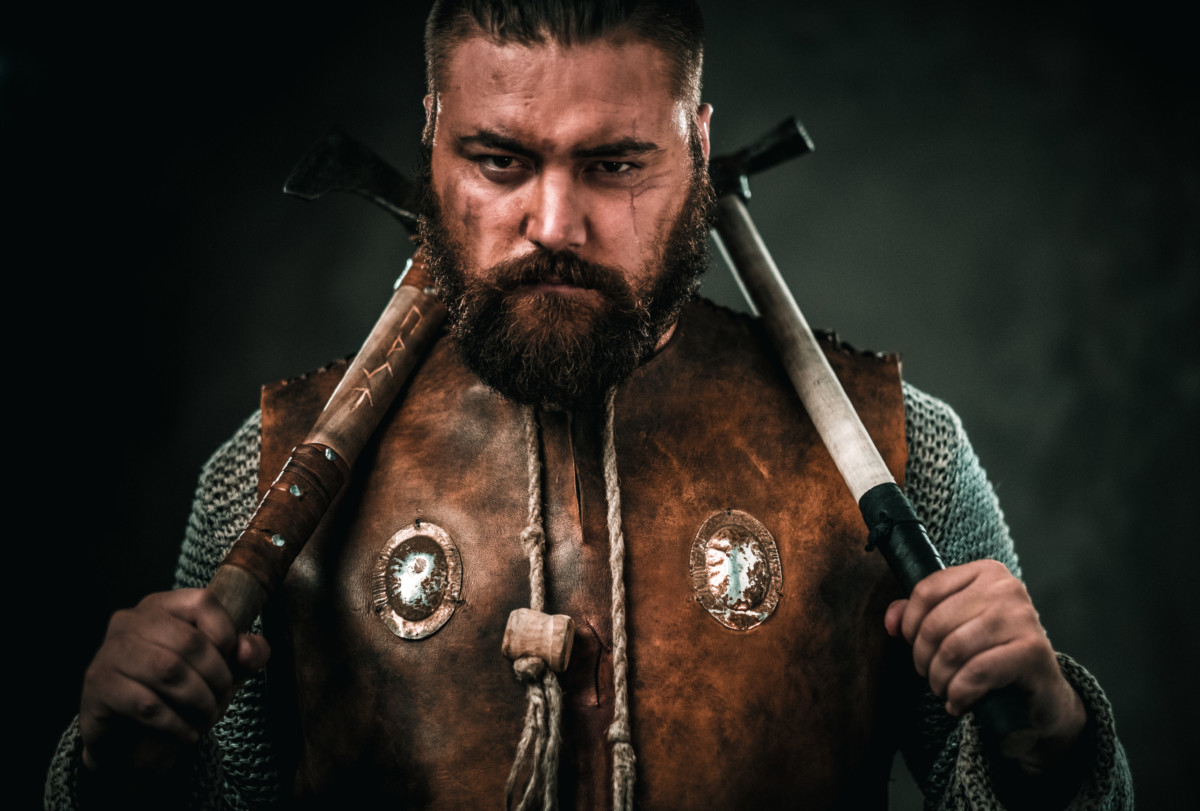 The art of war by the berserkers

If men like the berserkers, dressed in wolf skins, intervened in large numbers on the battlefield, they were placed in front of the troops to resist the weight of an attack or to face in the event of an attack. Berserk troops presented themselves as a double-edged sword since, on the one hand, they had a protective role, and on the other, they were difficult to control in a battle, very often ill-suited to war. Thus, berserkers seem to have been more suited to small group operations, attacking independently. The example of the choice of Saint-Olav (Olav Haraldsson) to place his warriors at the front of his army during the battle of Stilkestad in 1030 illustrates this point. Indeed, rather than holding the line, the warriors put themselves in a position of attack, thus making the king fall.

What are the characteristics of Berserkers?

Berserkers were primarily associated with the god Odin, turning to the latter to give them aggressiveness and courage in battle. Sources show that they went much further, potentially routing a force significantly outnumbered. When they attacked, they emitted the cries of rabid dogs or wolves. It was said of them that nothing could stop them, neither iron nor any weapon. They could neither be hurt nor know pain. On the other hand, they became as weak as the newborns after a battle, exhausted both psychologically and physically. The association between berserk warriors and wolf skins is pervasive throughout the tales. So much so that the myth goes so far as to make no distinction between the two, and some contexts of the myth seem to associate the latter more with the cult of Odin, much more than the Berserkers were dedicated to it. 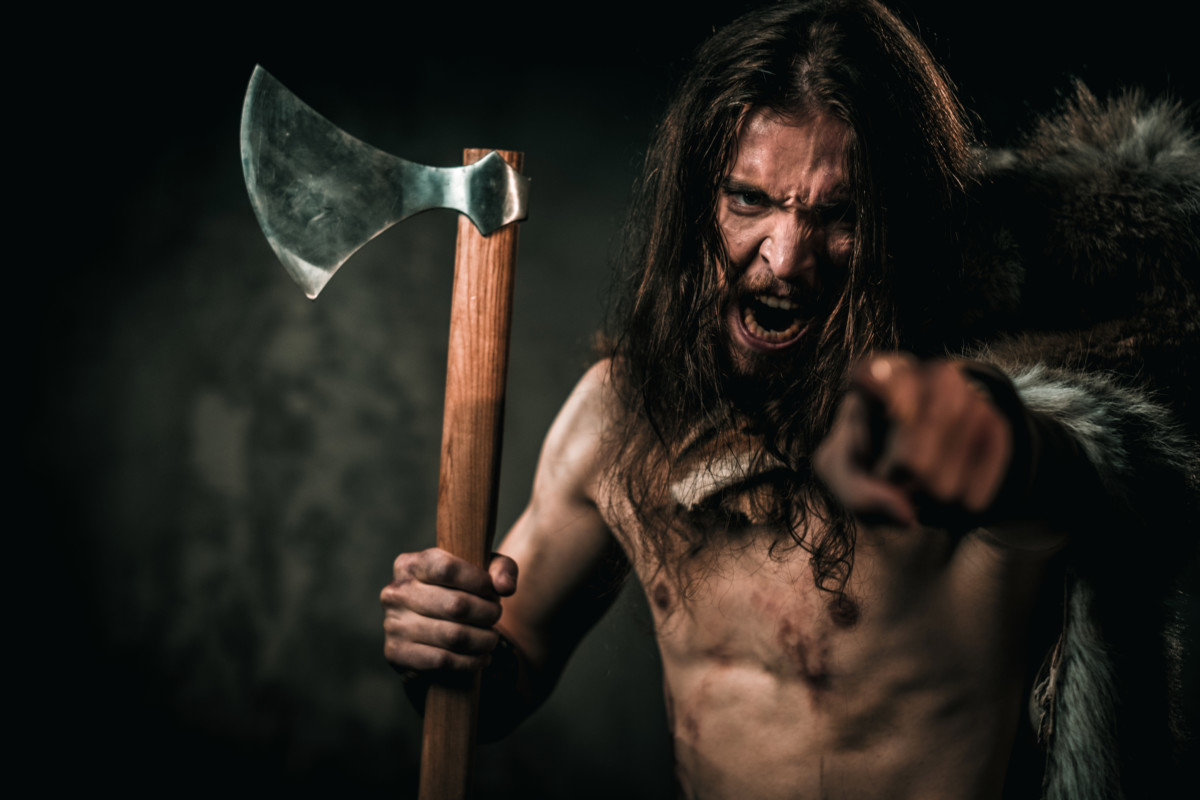 In the footsteps of the formidable berserkers

Originally, berserkers developed their own group of professional warriors, traveling and serving in the service of different leaders. In particular, they were distinguished by their skins of bears and wolves, which they used as a totem pole and a blanket. Sometimes bear, sometimes a wolf, the warriors thought they were endowed with the animal’s spirit. We find examples of drawings from the time on the Torslunda plates (7th century), showing warriors dressed in animal skins. In the ancient sagas, the king’s guard, like a chief, is presented as being made up of berserkers. This is a group of 12 people, often an elite troop in addition to the guard or the army. In open sea battles, the valiant berserkers were to be found at the bow of the boats, taking the lead in the event of an attack. This is how they appear, in groups of 12, in the Battle of Hafrsfjord, in the service of Harald Hårfagre. Berserkers were said to be formidable enemies. Thirsty for blood and battles, they bit their shields, attacked rocks and trees, going so far as to kill each other while waiting for the fighting to begin. There is, moreover, a chess game of 12 th century, discovered on the island of Lewis (Hebrides), including a part having a warrior who had bitten his shield. Some historians believe that a Viking inherited the title of a berserker from father to son. There are thus notable examples of entire families of berserkers. The best known in the sagas is Egil Skallagrimson. Father, Skallagrim (“hideous skull”), and grandfather, Kveldulv (“night wolf”) was thus both berserkers. Apart from the notion of berserkers, the concept of “berserk” also arose, applying too much more than a set of warriors. For example, Harald Hardråde, King of Norway (1046 – 1066), was a “berserker” at the Battle of Stamford Bridge in Yorkshire in 1066. The term “berserkers” was also used to refer to warriors who did not wear distinctive animal skin uniforms. An example of this is found in Olav Haraldsson’s warriors, who foiled the Battle of Stilestad.

The first traces of berserkers in history 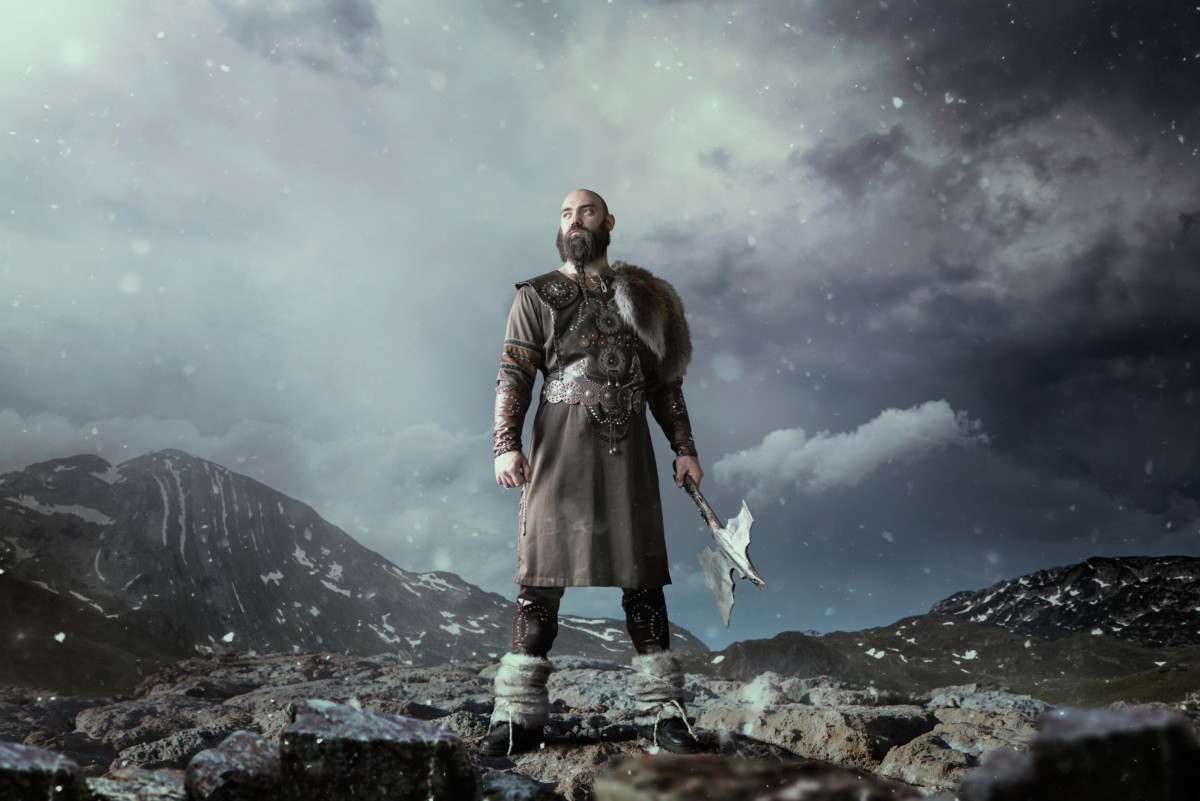 You have to go back in history to find the oldest written sources of individuals who may have been the first berserkers. In his book, Germania, the Greek historian Tacticus describes outstanding elite warriors among the North European German tribes. In the sixth century of our era, the Romanian historian Prokopios speaks of wild individuals without law (the herules), coming from the North, who fought almost naked, only dressed in a loincloth. It is said that this way of showing off was meant to prove that they were not afraid of injury. These warriors wore neither helmets nor chain mail, using only a simple shield for protection. Other people with the same description are believed to be from present-day Denmark, and traces of them can be found throughout other Scandinavian regions, notably in Norway. It is said that the Heruli, as Prokopios described them, would have lived until 6th century to present Denmark. Most of them would have been driven out of Scandinavia by the Danes. They would then have served as warriors in the Roman army. They appeared in the same way as the berserkers, organized in small groups in the service of chief or king … It is therefore quite possible that the berserkers find their origin among the mysterious herules …

Berserkers in myths and stories

Berserkers were often mentioned in sagas, the Icelandic poems once composed in the courts of Icelandic Scandinavian chieftains during the Viking and Middle Ages. The sagas describe these individuals in a Christian context, expanding their memory to cover anything that differed from the norms of the society of the time. So, more broadly, berserkers were warriors as well as thugs, buccaneers, and pirates. As such, in the first collection of Icelandic law, Grågås, it is stated that a rabid berserker can be sentenced to exile. The oldest known to date berserkers, the written source is an Icelandic poem of the 9th century, entitled Haraldskvadet. Referring to the Battle of Hafrsfjord, the author writes: “Berserkers roared where a battle raged, pagan wolves howled, iron weapons trembled.” In the medieval work Grettis saga, the warriors are mentioned in connection with the same battle: “… berserkers, who were called pagans; they had wolf blankets … iron did not bite them; one de… roared and bit the edge of his shield… and growled violently ”. In the Volsung, a legendary saga of Icelandic origin, the berserkers were Odin’s guards, finding themselves “without armor, as mad as dogs and wolves; they bit their shields, they were as strong as bears or oxen, they killed everyone, and neither fire nor iron bit them. ” It is important to note that descriptions of violent men and killers across the sagas do not necessarily have to all relate to berserkers. Indeed, in particular, one distinguishes the “berserkers” from the warriors and the killers “normal,” as well as the men fighting in duels. In the texts of the Nordic saga, berserkers are never called mad or foolish. Rather, they are seen as particularly aggressive individuals, illustrating a major social problem. The sagas distinguish these men from others by attributing to them a particular nature, making them despicable individuals and feared by the greatest number.