The Aztecs were a powerful empire that once ruled most of Central America. They had many different types of warriors, but none so feared as the Jaguar Warriors. These elite military units weren’t just any soldier – they were at the top-tier for all infantry! It wasn’t easy to become one either; recruits had to capture four enemies in battle before being considered worthy enough.

Once you became a Jaguar Warrior, it was your duty to wear jaguar skins during battle because they believed that the power of a jaguar would transfer into them during combat. It’s no wonder these fierce fighters are still remembered today through figurines and images that have survived throughout history!

In total, the Aztecs had no more than 80 thousand people liable for military service. Apart from the dependent peoples, of course. At the army’s core were several thousand noble Aztecs – landowners who could devote their leisure time to military exercises. Such warriors were organized into some knightly orders. The most significant power was possessed by the army nobility, among which two orders stood out – the so-called ” Union of the Eagle ” (the eagle is a symbol of the sun) and “Union of the Jaguar.” They had special armor and helmets in the shape of the heads of eagles and jaguars.

Initially, they were used as policemen, but over time, the warriors of the Eagles and Jaguars turned out to be just excellent warriors – even the Spaniards noted this. – and they began to be “released” for mass slaughter (wars). They were distinguished by ferocity, fearlessness, resilience, and the high art of individual combat. Everyone was afraid of the Jaguar and Eagle warriors. On the battlefield, they possessed magical effects.

The Aztecs were very religious! For example, the cult of the Jaguar is part of the Aztec religion. This cult is based on the ability of people to shift the “Assemblage Point” down to the frequency range occupied by the “Jaguar Totem.” In this case, the transformation of a person into a Jaguar occurs.

These rites were practiced in the ancient civilizations of South America. During the ritual, under the influence of music (the rhythm of the drums) and dance (movements imitating the Jaguar), a person was transformed into an animal.

To become a Jaguar Warrior, an Aztec had to capture at least four enemies. In the understanding of the Aztecs, The Jaguar occupied a central place in the pantheon of the Aztec gods. The image of the Jaguar could be found on stone sculptures and altars of these people.

As a symbol of power, jaguar skins and helmets in the shape of their heads were worn by the chiefs. In Aztec culture, the god Tezcatlipoca was often referred to as a jaguar, whose mottled skin represented the starry sky pattern.

There are different opinions about the origin of this cult – from “totemic” to “agricultural,” according to which the Jaguar began to be revered only because, hunting herbivores, it involuntarily protected agricultural lands from damage.

The status of the warriors of the Eagles and Jaguars was not inherited. Aztec warriors became pilli (military nobility) due to their military achievements. Only those who took prisoners in war could become permanent warriors, and over time, military glory and loot in the war made their pills.

When boys reached the age of 10, their hair was shaved off on their heads as a sign of male maturity, leaving a short strand on the back of their heads. It was cut off after he captured his first prisoner in battle. Taking a prisoner or killing four opponents, the youth became a “tecuina,” a full-fledged citizen of his tribe, a man, indeed, an adult.

From that moment on, he regularly received his share of taxes and could participate in the work of the city’s civil and military governing bodies. If, after a certain period — usually three battles — he could not take the prisoner, he became a manual; it was considered a shame to be a warrior with a long strand, meaning no prisoners; however, one might prefer to become a maceuali. 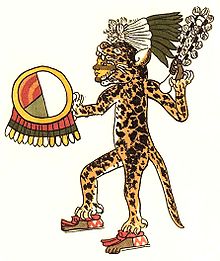 All representatives of the Order of the Jaguar Warriors wore a bodysuit, which completely hugged the warrior’s body, made of jaguar skin and a helmet in the form of the head of the same beast. Oddly enough, the jaguar warriors’ uniforms were of natural yellow-orange color and other colors: blue, white, green, red, and many others (in this case, the bodysuits were no longer made from the skin of a jaguar but feathers). The spots always remained the standard black color or were made several shades darker than the primary color of the suit. Thanks to this, the warriors created the impression of half-people, half-animals. From the standard set, jaguars wore a loincloth machtlatl and cactli sandals… It was not uncommon to see behind them a kind of banner – a pole with a piece of cotton and bird feathers attached to it.

The jaguars adorned themselves with jewelry. It was made of gold, silver, and other precious metals – large pendants of various forms (for example, shells), necklaces hung on the chest to the waist, earrings in one or both ears.

All warriors wore body paint under their uniforms; its purpose was to give a more frightening look and protect the skin from chafing. Bodypaint was made of natural products like the suit itself – for example, earth or charcoal with fat added in some cases. 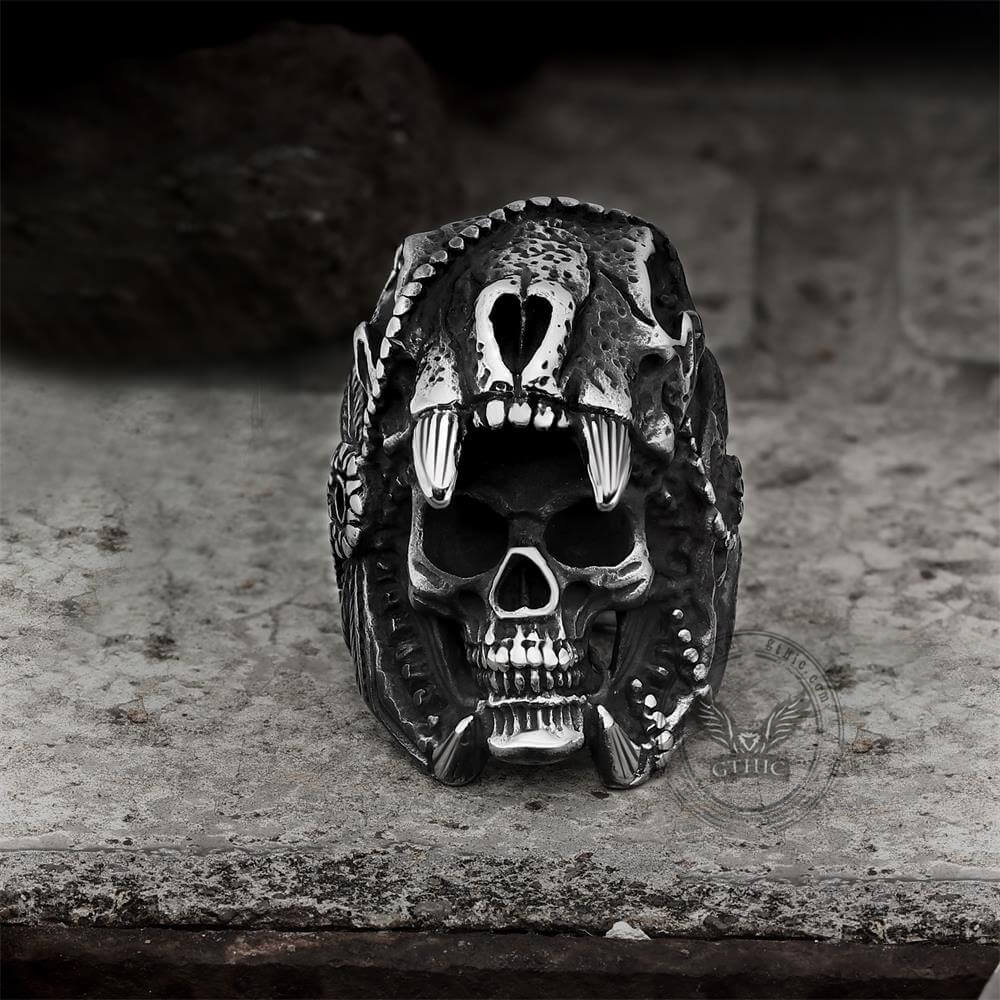 The uniforms and appearance of jaguar warriors were intended to intimidate opponents. They wore the skins of jaguars, as they believed that power from a fierce animal such as this was transferred to them during battle.

Who were the most feared Aztec warriors?

The most feared warriors were the jaguar and eagle warrior orders, as they wore animal skins that made them seem more intimidating to opponents.

Did Mayans have Jaguar warriors?

The Aztecs were not the only Mesoamerican civilization with jaguar warriors; Mayans also had similar units in their armies.

What does the Aztec Jaguar represent?

The Aztec Jaguar is a symbol of power and ferocity. It also represents the god Tezcatlipoca, who was known as the god of night.

How tall was the average Aztec?

The average Aztec height was between five feet, four inches, and six feet tall. The taller men were usually selected for military service.

How did jaguar warriors fight?

Jaguar warriors fought by killing their opponents with a mace or spear. They were expected to take an enemy’s life if possible.

When did jaguar warriors first appear?

Jaguar warriors were an essential part of Aztec armies by the 15th century.

The Aztecs believed that jaguars were gods and worshipped them as such. They even had a god named Tezcatlipoca, who was known as the god of night.

Who were the Jaguars and Eagles in Aztec warriors?

The Jaguars and Eagles were members of the warrior orders in Aztec armies. They wore the skins of these animals as part of their uniforms.

What is the Aztec god of war?

The Aztecs believed that Huitzilopochtli was their god of war.

What was the Aztec name for jaguar warriors?

The Aztecs called members of these warrior orders either “ostomies” or “chichimecas.”

Is Jaguar the true king of the jungle?

Jaguars are the true kings of the jungle, behaving like predators in most cases. They can even kill tigers!

Aztec warriors can be described as Mexican since the Aztecs were a Mesoamerican civilization that ruled much of Mexico.

Who was the greatest Aztec warrior?

The greatest Aztec warrior was Cuauhtémoc, who led the last resistance against the Spanish conquest. He is still a Mexican hero today.

What did the Mayans call Jaguars?