Are you strong enough to wear a claw ring? 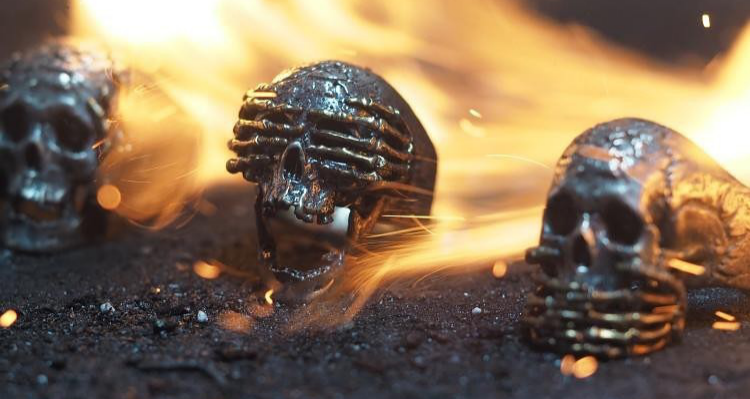 The claw ring is a fascinating piece of jewelry. It comes in many different sizes, and you can wear it on any finger, but the most popular places to wear them are on your index finger or your pinky.

Nowadays, people who wear these rings may not be paying homage to their past, but they still display individuality and a sense of style. From the more colorful options to the simple silver claw ring, you have many different choices when it comes to decorative jewelry.

What are claw rings, and why do people wear them?

There are many reasons why people might wear claw rings. One of the most popular is for their strength and good luck. In ancient times, tribes had totems for their clan or tribe. These were often animals, and having a claw symbol on one’s ring was a way to pay homage to this animal power. People believed that wearing claws on one’s fingers offered them protection from evil forces and courage and intelligence.

Another main reason for wearing these rings is simply creativity. Some people want to show off their individuality without going too flashy or over-the-top, so they choose a claw ring because it doesn’t draw unwanted attention like other types of jewelry do.

A common characteristic of these pieces of jewelry is the claws. There are many different animals used for these rings, so you can find one that represents your personality and speaks to your love of animals and nature. For example, many people wear boar claw rings because they have a reverence for the animal or even an appreciation for their meat.

History of the Claw Ring

In ancient times, many tribes and clans worshipped animals. They believed in powerful animals and made them the totems of their tribes. To this day, humans still have a reverence for animals. The claw is the most powerful weapon an animal can have. Many people are willing to wear animal claw jewelry, hoping that it will bring them strength, luck, and courage.

Many people who wear these rings may not be paying homage to their past, but they still display individuality and a sense of style. From the more colorful options to the simple silver claw ring, you have many different choices when it comes to decorative jewelry.

Different types of claws include:

To make your ring last a long time, it’s important to care for it properly. You should always keep it dry and store it in a box or small container when not wearing your ring. If you wear your ring every day, you should take extra steps by cleaning the inside of the ring with salt and using a lint-free cloth to clean the outside of your ring. You should also wear your ring on the same finger every time to prevent it from getting bent out of shape or scratched.

If you do not want to take these steps, you can store your ring in a cold, dark place where it cannot be exposed to excessive moisture and sunlight for long periods of time. This way, you can keep your ring in good condition for a long time.

Claw rings are a great way to show your love of animals and nature. They may also be worn as symbols of power, strength, or courage. Wearing animal claw jewelry is an ancient tradition that continues today in many cultures around the world.